There are a lot of responsibilities that come with having a cat, but neutering and spaying is optional. However, while it's true that it's ultimately up to the pet parent to decide what to do, there are massive advantages to having your cat neutered. If you're trying to decide whether or not to have your cat neutered, consider these facts.

Some of the things that upset cat owners the most is that cats have a tendency to be territorial. Your cat may get into fights with other cats or animals in an effort to defend its territory. Furthermore, cats will mark their territory by spraying a strong urine substance onto any surface they come into contact with.

Thankfully, these behaviors can be greatly diminished or even stopped entirely just by having your cat neutered. With diminished testosterone, the urge to mark one's territory is diminished. Most neutered cats will settle for marking their territory by rubbing the scent glands in their cheeks against surfaces, rather than spraying a smelly substance all over them.

Cats who are left intact are more likely to roam and disappear on their owners. When female cats go into heat, male cats can detect it from a long distance away. If your male cat isn't neutered, they will be drawn to the female cat, and may wander a long way from your home. In some cases, the cat will eventually come back once breeding season is over. However, in the meantime, your cat is at a higher risk of being hit by a car, attacked by a predator, or becoming badly injured by another male cat that's fighting for the right to mate.

Male cats who are neutered don't respond to female cats who go into heat. Even if your neighborhood is teeming with wild cats, your cat will do just fine if he's fixed.

Cats who are left intact are at a higher risk of developing certain cancers, like testicular cancer. Thankfully, the simple act of neutering tends to massively reduce the risk of developing this form of cancer. Of course, not every cat that's left intact will develop cancer, but refraining from neutering your cat could increase your cat's risk of cancer and create an uncertain future of medical bills, painful treatments, and possibly losing your cat at an early age.

Unless you have a cat that's a purebred and you intend to mate it with other cats professionally, there's no real good reason to not neuter your cat. Although it's better to perform the procedure as soon as you can, there's no age too late to neuter your cat. Talk to your vet if you want to begin the process of having your cat fixed. For more information, contact companies like Akaal Pet Hospital. 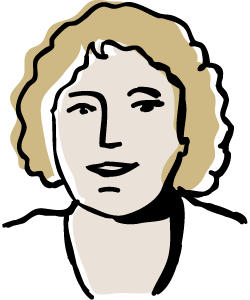 I have loved birds ever since I was a child. After years of living in an apartment that allowed no pets, I was finally able to adopt my first bird when I bought my house. I decided to get a parrot, because I always dreamed of teaching my parrot how to talk! I put a lot of research into choosing the right cage and food for him, but I never learned what illnesses parrots are prone to developing. A couple of years after adopting him, he began acting strange and I began panicking. Thankfully, after a trip to the vet, he was prescribed antibiotics and on his way back to good health. I decided to create a blog to share my pet health tips, including lots of bird tips, and I hope you can learn from my posts!

Dealing With Dog Vomit? How To Help Your Pet And Find Out The Cause Of The Problem
28 April 2018

Has your dog been vomiting all day long? You may n …

Cats' teeth can fall out for a wide variety of rea …

Lyme disease can be a nightmare for many mammal sp …

If you live near thick vegetation, you need to kee …

Read More
Worried About Your Cat's Noisy Breathing? What You Should Know
24 October 2017

If you are a caring cat owner, then you likely pay …